Why Study in Canada?

Canadians place great importance on learning and have developed a first-rate education system with high standards.  The country spends more on education (as percentage of GDP) compared to the OECD average and is the second highest among G-8 countries.

Canadian teenagers consistently rank among the best in the world on international tests of reading, science and math – a testament to the outstanding quality of Canadian schools.  A Canadian degree, diploma or certificate is well-regarded in business, government and academic circles around the globe.

1. One of the Best Places in the World to Live

•  Canada has ranked as one of the top ten places to live in the world since 1994 according to the United Nations (UN) and the Economist Intelligence Unit. In the UN survey Canada earned particularly high marks for its access to education, high life expectancy (due to universal health care system); low crime and violence rates.  In addition, Canada’s largest cities – Vancouver, Toronto and Montreal – have been recognized as world class cities in which to live and work, for their cleanliness and safety and for tie cultural activities and attractive lifestyles.
•  Canada enjoy a standard of living among the highest in the world. Almost 70% of Canadians own their homes, with a higher percentage owning durable goods, such as automobiles, refrigerators, washing machines, televisions, telephones and radios.  Canada also has an extensive health care system and social security network.
•  Media, entertainment and artistic endeavor are well-developed in Canada. Canada’s highly sophisticated broadcasting system includes more than 1,900 AM and FM radio stations and some 1,387 television stations to serve, entertain and educate the listening and viewing audience.  A wide range of cultural activities is also available, including museums, galleries, live theater, dance and music performances and concerts.

•  Canada has traditionally been a country of immigrants and has a policy of encouraging multicultural diversity. In this vibrant setting, different perspectives are respected and learning together is encouraged.
•  Almost all of the world’s ethnic groups are represented in Canada. As a result, most ethnic foods and recreational activities associated with specific cultures are available in Canada.  Clubs, informal cubs and associations representing a multitude of ethic backgrounds are also easily accessible.  International student advisors at schools can help students get in touch with such groups.
•  All major urban centers have a variety of shopping malls, restaurants, theaters, art galleries and museums. Canadian cities provide numerous parts, gardens and beaches for public use, as well as, excellent sports and recreation facilities.

•  Canadians place a high value on their environment. There are currently 42 national parks and national reserves in Canada.  National parks are located in every province and territory and some have been recognized as UNESCO World Heritage Sites.  Each province and territory have also designated areas as provincial parks, wilderness areas, ecological and nature reserves.  There are over 2000 of these designated areas across the country.
•  Students who come to Canada will witness one of the most beautiful, natural resources environments in the world. Canada is also a country of diverse geography and there is much to experience in its great outdoors: from the lush coastline of British Columbia, the majestic Rocky Mountains of Alberta, the big lakes skies of the prairies, to the ‘maple sugar country’ in the Great Lakes and St. Lawrence and the rugged hills and picturesque coastline of the Atlantic provinces.

4. A Safe Place to Study

•  Canada is considered a relatively peaceful, safe and orderly country.  Its violent crime rate decreased for ten consecutive years from 1993 to 2003.  Unlike its US neighbors to the south, firearms are strictly controlled and generally are not permitted.
•  International students who come to Canada should follow the same common-sense safety precautions as they would anywhere in the world. Students can contact any Canadian Education Center to learn more about personal safety or attend orientation session at their school upon their arrival in Canada.

•  Canada is a stimulating environment in which to do business and to learn, thanks to the contributions of many bright and talented scientists, researchers and entrepreneurs. The country is an international leader in computer and information technologies and has a reputation for excellence in such sectors as telecommunications, transportation and engineering; and specifically, aerospace, urban transport, microelectronics, medical services, advanced software, hydroelectric and nuclear power, lasers and opto-electronics, biotechnology, food and beverage processing, geomatics; and ocean and environmental industries.
•  High points in Canada’s telecommunications industry include Teleglobe’s CANTAT 3 cable which is the first of its kind in the world, and which supports high-speed and high-capacity delivery of transoceanic, multimedia transmission. The Stentor Alliance of telephone companies invested $8 billion to provide the latest in broadband technology to 80% of Canadian household.  Canada was also among the first in the world to recognize the need to connect schools and libraries to the internet, and its SchoolNet program is being copied around the world. Industry Canada’s SchoolNet has successfully made Canada the first nation in the world to connect its schools and libraries to the information highway.

•  Canada is a bilingual country with two official languages, English and French. The vast majority (75%) of Canada’s French-speaking inhabitants live in the province of Quebec which is located in the eastern part of the country but there are French-speaking communities throughout the country.
•  According to a 2001 census, French is the mother tongue of 81% of Quebec’s population and is spoken at hoe 83% of Quebecers.
•  Internationally, it is estimated that over 1 billion people speak English and over 250 million speak French. As a bilingual nation, Canada offers superior English as Second Language (ESL) and French as a Second Language (FSL) programs for students wishing to learn either or both languages. 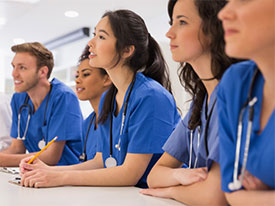 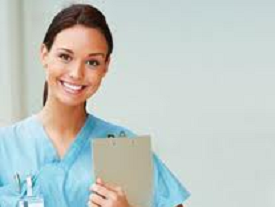 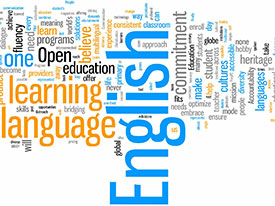 To MTG staff, thank you so much for the awesome job! For Ms Jacquie my loving and very hard working instructor for helping me to be a HCA in the future, thank you so much!Glenda M. HCA Graduate
I love to say since I came to this school I learned so many things. It is very helpful for me to be a HCA and to get my certificate from MTG. I am thankful for all the staff at MTG and especially to Ms Jacquie for her hard work to give me this opportunity to be a HCA today. Thanks once again to all of you.Rezwana R. HCA Graduate
What I can say about MTG school is a great school, I like everything about it, the teacher, the classmate all of them are friendly. I have been here for a couple of months but I really enjoy the school and everything that I learned. And I will be back to take another class.Admarie A. HCA Graduate
What a great school! A new school in Alberta which gives opportunities to every individual to become a certified healthcare aide. Thank you so much for the knowledge and wisdom that you shared. And thank you for all the employees who had always a smile on their Face. Good Luck and God Bless us all!Precy E. HCA Graduate
It was a great pleasure for me to attend this school MTG. Hopefully I will have a brighter future ahead of me. Thanks to all the staff that has helped me.Laila N. HCA Graduate
A great school for rewarding career! “ I am very fortunate and very proud that I completed the program at MTG Healthcare Academy. MTG hands on training has prepared me for the demands of the healthcare industry. I really enjoyed the classroom instructions and the people around me. I would recommend this program to anyone who wants a fulfilling career.Vilma R. HCA Graduate